Where did Silvacom’s name and brand originate?

I find that I am often asked what the Silvacom name means and/or where it came from, so I asked Bob Morton, one of our founding partners and our current CSO and Chairman of the Board to pen a quick blog that explains the history behind the Silvacom name and brand.

"We (Bob and Tom) developed our company’s name over the kitchen table in 1983. Without the convenience of the internet, we had to submit a number of official searches to the corporate registry to get an idea of what was possible – it was a very analog process. We started with “North West Computing”, but that didn’t fly due to the common use of the phrase “North West” and its similarity to the name of existing organizations.

We needed to invent a unique name to incorporate in Alberta. So, being foresters, we added SILVA (Latin for wood or forest) to COM (for computing) – SILVACOM. To be more specific, we extended our official incorporated name to “Silvacom Computer Analysis Ltd.” an idea we backtracked on in the early ‘90s. Things got off to a rocky start, the word analysis was spelled incorrectly on our first business cards, plus, for the first few years that we were in the Yellow Pages directory, there were two listings at the same address: Silvacom and Fibacon - we never really got to the bottom of why and how that happened.

After finally settling on a name, we needed some branding. Through some connections, we contracted Warren Oneschuk, a local graphic designer with a loft studio on Whyte Ave in Edmonton, to come up with some concepts for a logo and layout for stationery, report covers, etc. After a couple of “artistic” discussions, Warren came up with some concepts that incorporated forestry and computing themes. One design seemed to look like a multi-layered swastika with rotating gun barrels (we quickly nixed that)! Ultimately, we agreed with the essence of what we still use today. The first part of the logo is a stylized “S” (for Silvacom), with the top and bottom quadrants representing conifer trees. The overall diamond represents a micro-processing chip.

The original logo by Warren Oneschuk was the first award that Silvacom ever received. Warren submitted his design to the “Society of Graphic Designers of Alberta's” First Prairie Show in 1986 and it won an award of merit." 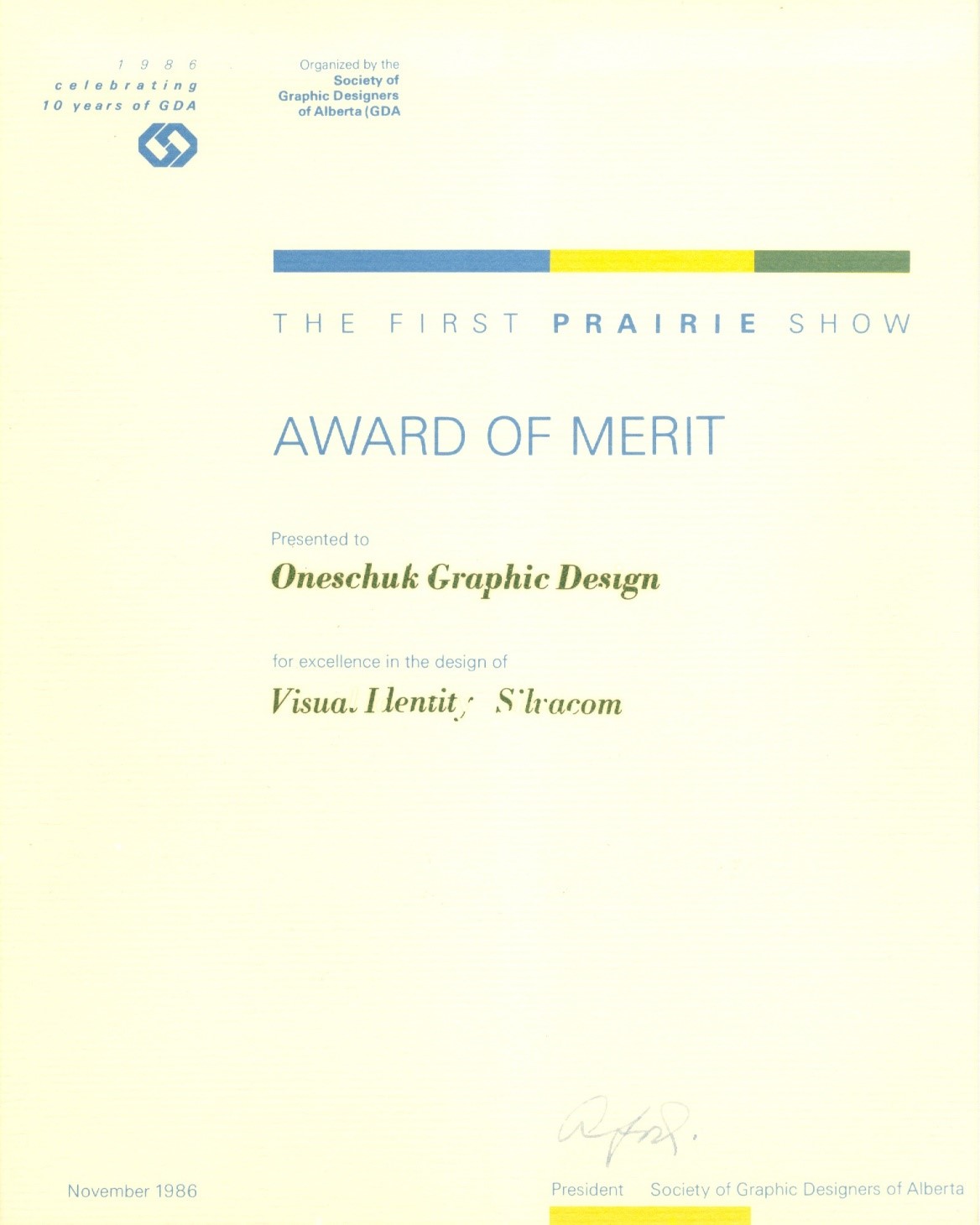 3 Signs Remote Sensing and Photo Interpretation is the Career for You! 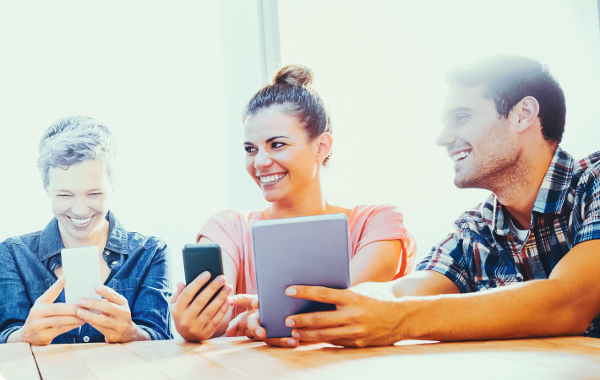 The Silvacom Group of Companies Is Excited to Unveil Silvacom CS™ 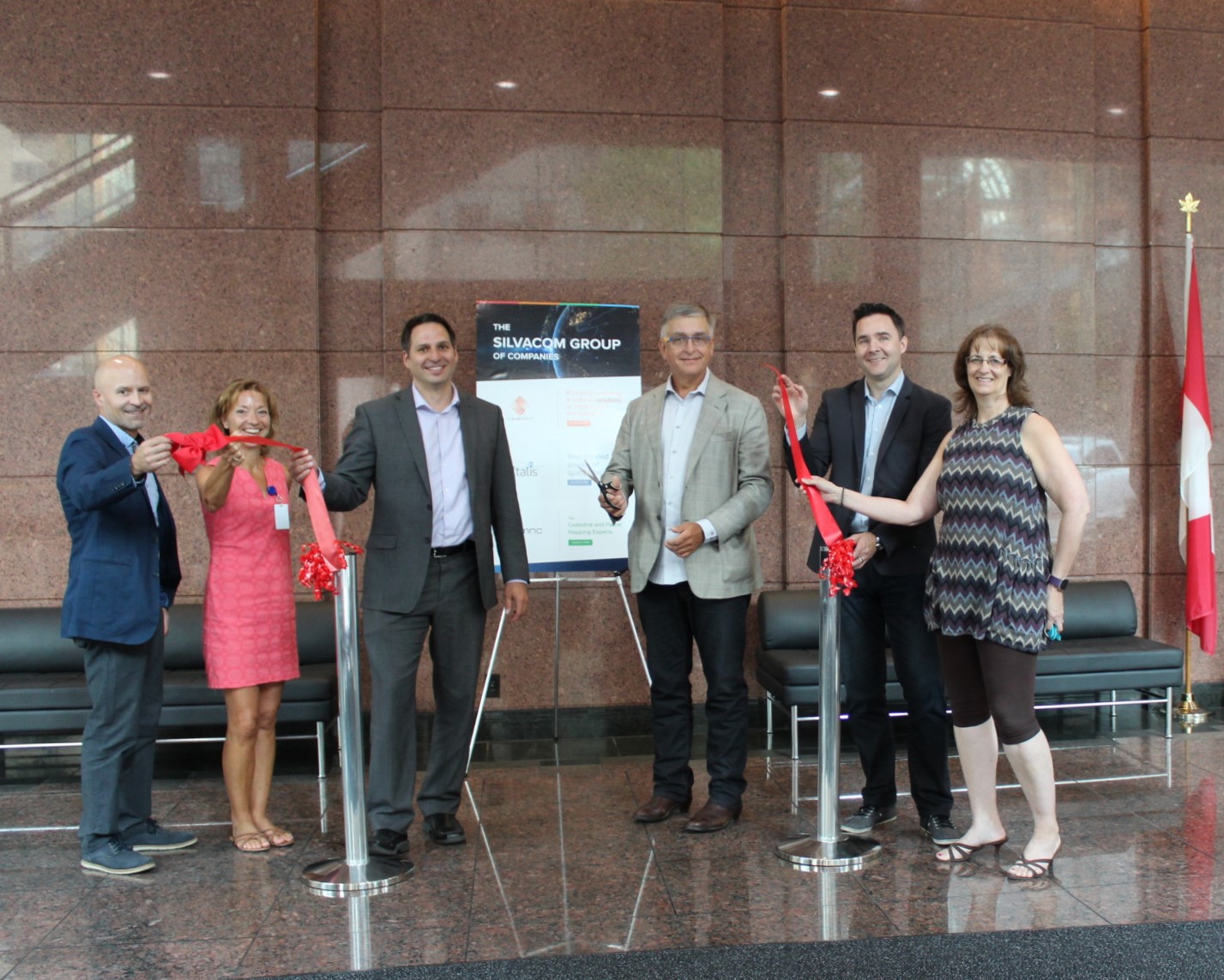 News Release: The Silvacom Group’s Calgary Office is Moving to the Downtown Core 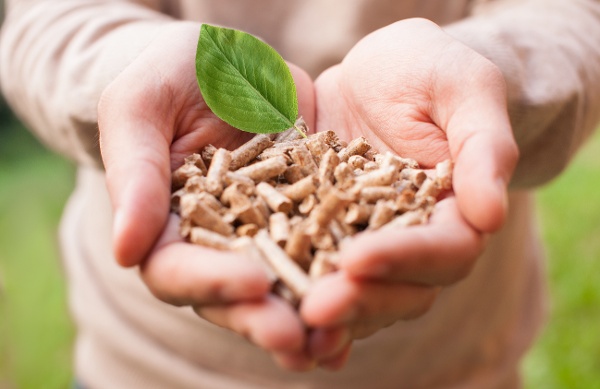 Stay up to date with the latest Silvacom news, blogs and job postings by following us on social media.