What is Carbon Sequestration?

What is carbon sequestration and why is it important?

Carbon sequestration is a process by which atmospheric carbon (a greenhouse gas) is absorbed or captured and stored for a long period of time. Storing carbon prevents it from entering the atmosphere and contributing to the global rise in temperatures.

As global leaders commit to new climate change policies, innovative ideas for carbon capture, utilization, and storage are being sought out and evaluated. Priorities have centered around amplifying the amount of carbon that can be captured from the atmosphere. Increasing these efforts results in a decline in greenhouse gases released into the atmosphere, which is important to reduce the rate at which global temperatures are rising.

What is natural carbon sequestration and how is it different from carbon capture?

Carbon sequestration refers to naturally occurring carbon storage through carbon sinks like forests, grasslands, wetlands, and oceans. These vital ecosystems absorb more atmospheric carbon than they release. The carbon continually captured through natural processes like photosynthesis is then stored within vegetation, soil, or sediment. It remains stored until a disturbance event such as a wildfire occurs and releases it back into the atmosphere.

Carbon capture refers to artificial or manufactured carbon storage solutions. For example, carbon capture, utilization, and storage (CCUS) is a technological process that captures carbon emissions from large carbon-producing sites like oil refineries, compresses them, and transports them through a pipeline system to be stored deep underground in rock formation.

North America has a wide range of ecosystems, and some are better at sequestering carbon than others. The three most efficient ecosystem types for carbon sequestration in North America are:

Native species of vegetation capture atmospheric carbon through photosynthesis and store it in their dense root systems and the soil. Wet ecosystems such as wetlands and mangroves are resistant to fire or agricultural development and are thus especially important as they ensure long-term carbon storage.

How can carbon sequestration be improved in managed forest land?

There are several ways to improve carbon sequestration in ecosystems like managed forests. Here are five suggestions to consider:

Silvacom is passionate about working collaboratively and creatively with companies to solve complex natural resource management challenges in the most efficient and cost-effective way. If you are interested in finding out about improving carbon sequestration on the lands that you manage, we offer a wide range of services in this area. Contact us for carbon modeling, reforestation planning, silviculture operation planning, or wildfire management services.

What Are Ecosystem Services? 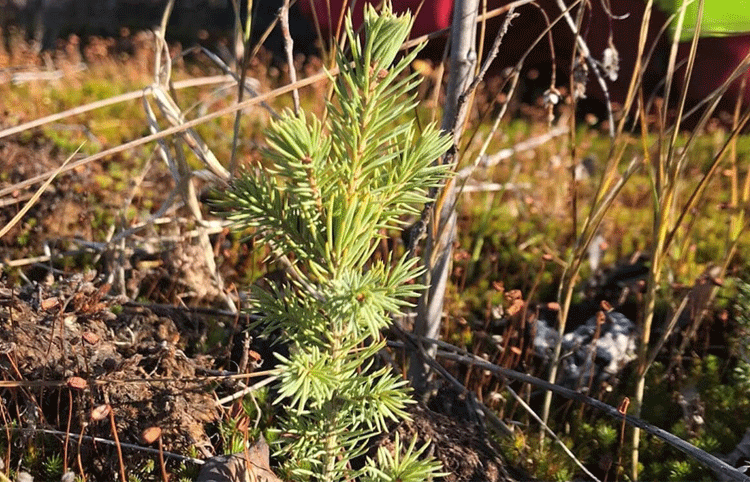 A Review of the Algar Ecosystem Service Project

Stay up to date with the latest Silvacom news, blogs and job postings by following us on social media.